Sunflowers, of course! (with attendant bee)

We’re almost at the end of the growing season here in our part of Seattle. This year’s heat has been particularly hard on some things in the garden, while inevitably, others thrive in it. Green beans and peas are fini, and the eggplant bloomed but lost the flowers in the first heatwave. The zucchini seems to be waiting for . . . ? Here’s a bit of what’s going on, right now.

The plums are coming along, but they’re not as robust or plentiful as in some years.

A cucumber, peeking out.

A new little plum tree that planted itself. It’s out of sync with the other one, it’s fruit much younger and far from ripe.

The established grape is going wild!

An unexpected yellow Shasta daisy popped up near the pond. 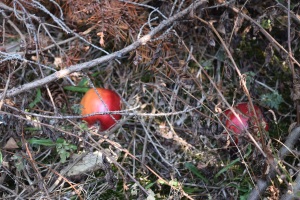 And now the surprise: at first I thought someone had thrown apples over the fence, but it seems we have a producing apple tree, grown from old trimmed limbs. I rarely go past the plums to the far corner of the property where it’s mostly a few pines and discarded branches–and that’s where the tree quietly grew without us noticing. We’re too late for most of the apples, they’ve already fallen, but they’re beautiful and have a wonderful color, and now I’ll know for next year.

That lone artichoke is coming along nicely. 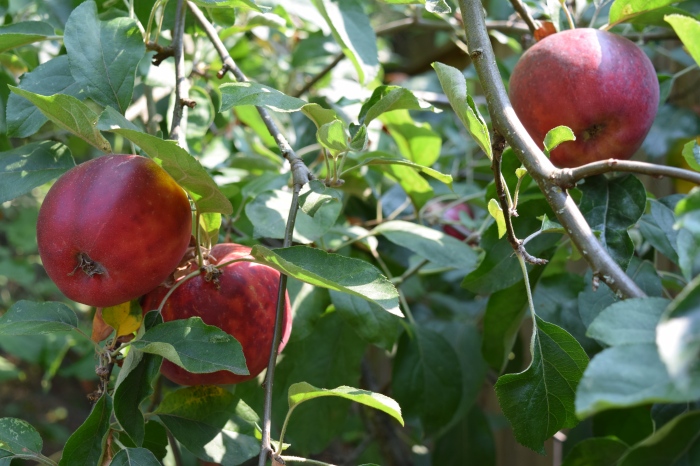 Still on the newly-discovered tree; maybe we’ll try them. I’d love to press them for cider. 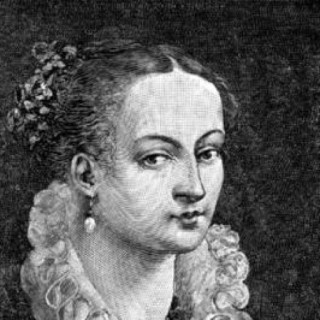